An article by guest writer Mohanadas Kandiah. Refer to “About the Writer” at the end of the post.

“Taxi! Sorry Uncle Taxi Driver, I am a little sweaty and smelly … so sorry ah … I would like to go to home“

A year later, a very much similar story…

“Taxi! Sorry Uncle, I am a little sweaty and smelly … so sorry ah … I would like to go to back home“

Yet another year later (I know what some of you are thinking), sorry to disappoint you, but the story is slightly different.

Why run a marathon?

How to run a marathon?

It is very simple – Run with your heart, not legs

Running a long distance race is very different from running shorter distances. The body is stressed for many more hours under a variety of different conditions:

Yes, running a marathon is both physical and mental – I would put it at a quarter physical and three quarters mental. It requires many long hours of training and preparation.

Training can only be easier if one enjoys it, and running must be always be fun – it must never be a chore. There are so many training programs available on-line, in books and magazines and through professional coaches. But many such programs do not teach one on how to have fun running a marathon! It is something that I have learnt though my years of running, and it is very much that ‘something special’ that keeps me going race after race.

To date, I have run 209 races – 173 full marathons and 36 ultra marathons. An ultra marathon is generally considered distances greater than the standard 42.195 km, although the definition is not totally clear, and most people tend to use 50km as a yardstick. My longest races were a 101 km single stage race and a 250 km staged-race. Staged races are held over a few days.

The turning point in my races

In Dec 2009, I ran the Standard Chartered Marathon Singapore with a 62-year-old diabetic friend. At the beginning of 2009, he could hardly run 500 m. I did not know what to expect of him during the marathon, as a diabetic’s needs are quite different from ours. I had emailed to some medical friends and a marathon-pacing group in Australia, asking for their advice.

Together, armed with our ‘7-Eleven stall’ – our goodie bag with power gels, glucose and other goodies, we embarked on our mission – to run his first marathon. We proudly crossed the finish line in front of the City Hall, at the Padang in 7 h 5 mins – not only was it my longest marathon, it was also my friend’s life changing expedition – he became a ‘marathoner’ and has gone on to do another 12 marathons since!

If I can be a catalyst in changing somebody’s life –  then, why not? It certainly made the both of us feel great! This has become my vision.

My most enjoyable race

Many friends have often asked me which is the best race that I have run.

Until I did “The Big Red Run” (www.bigredrun.com.au) in July 2013, every race was as good as the one before, and will be a good as the next one.

The Big Red Run, a 250 km race across the Simpson Desert, Australia was different. It was organised as a fund-raiser for the “Born To Run Foundation” (www.borntorun.com.au) – particularly for Type 1 Diabetes. Greg Donovan, whose son is T1D, started the Foundation. T1D patients have to rely on daily insulin injections. The Race Director was Adrian Bailey, a Welshman living in New Zealand and himself an elite athlete.

I met Greg and Adrian a year earlier at the Gold Coast Marathon Expo, and we have become good friends. Greg’s vision,  together with  Adrian’s execution, gave a very emotional 3 dimensional feeling to the 6-day race.

“We met as strangers, became friends, and finished the race as a family”

This is the best I can describe the powerful implication of this race:

All of us enjoyed the fellowship with fellow-runners and volunteers, including professional medical Teams.

Pat Farmer, an ex Australian politician and an elite athlete was such an inspirational person to have on the course. (http://poletopolerun.com/pat-farmer/)

I do wish we had many more people like Pat in this world!

Some of the runners who had participated were T1D. They shared their stories, their difficulties and how they had to cope.

As for myself, the long runs gave me ‘sometime to myself, to reflect on things around me and the office, was able to ‘think aloud within’ and be at peace with myself. The desert can have such a mesmerizing effect.

Every runner, at some point of his running life, will be injured – no escaping this dark world of sports injuries.

I was unable to run for 3 years from 2000 to 2002 due to plant facilities and Achilles tendonitis. It was probably the most painful and difficult years.

I often tell my friends that a runners’ best friends are the Sports Doctor, the Physiotherapist and the Chinese Sinseh. Yes, somewhere along the way, our paths will cross. No escape route. I am currently managing and nursing an injury for the past 7 months. Mental strength is important to cope with medical conditions.

Western trained doctors would very often prescribe painkillers or to abstain from sporting activities – runners know that it is not possible.

Here is where the friendly neighbourhood sinseh plays a role.

More and more runners and charity organizations are using running events as a ‘fund raising exercise’.

For some of the bigger marathons like Boston & London, the easier way to get a confirmed entry slot is to ‘run for charity’. For the London Marathon, the charity section is rumoured to be to the tune of GBP 50 m! 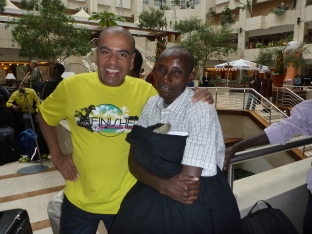 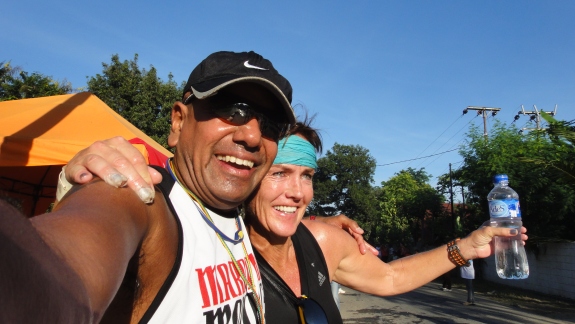 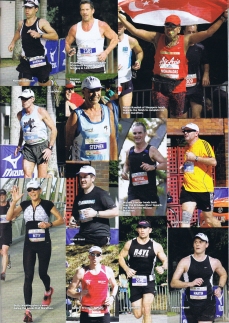 Massage can be fun at Hangzhou Marathon 2009 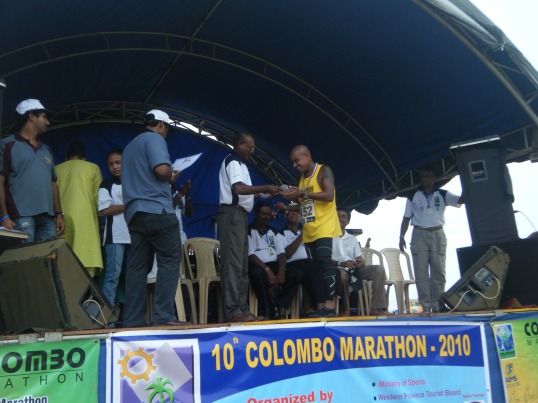 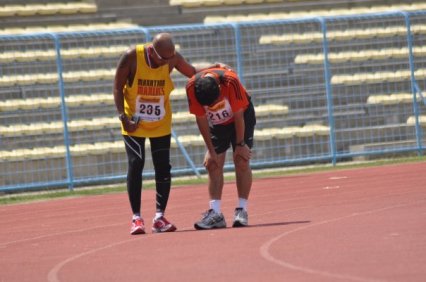 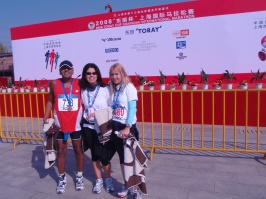 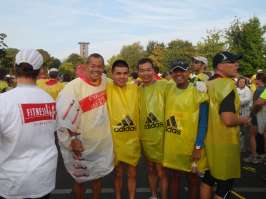 Where do I go from here?

I am not a competitive runner, and would love to run as long as I can. Running has become part and parcel of my life and difficult to detach.

The many friends that I have come to know through running and  we have sort of become part of each others’ lives. The running community is big, and getting bigger. And the community is also getting ‘younger & older’ at the same time – there are more younger and older runners.

Sadly, unlike golf, the money and exposure is not quite there. Even our ‘National TV – TCS Channel 5’ will show live golf games, but never running events. In golf, a dozen or so adults, some with ‘pot bellies’ hit a small ball into a hole … And the prize money is filthy big.

I have also been a long time critic that Sportsmen and Sportswomen should not be honoured according to the number of medals they win at competitions, but rather the ‘insignificants’ who make a difference to the sporting community at large.

The writer is active on Facebook under the name ‘Mohan Marathon‘. He has many more photos and personal views shared over there for those who are interested.