The Made in Singapore Toothbrush: An Adventure in Innovation and Entrepreneurship

An article by guest writer Sihoe Kok Soon. Refer to “About the Writer” at the end of the post.

The microscope, the camera, the photocopy machine, the laser, the world wide web, the light emitting diode are some examples of innovations and inventions that have come about as a result of specialized knowledge and research. Like all inventions or innovations, the start of it all is the “seeing” of the possibility of the invention, the imagination that accompanies the science, and the dedication to materialize what has been an inspiration.

The paper clip, the Tetrapak, the pencil, and the toothbrush are examples of more humble innovations that are not in the realms of rocket science. Nevertheless, they are just as useful and important in our daily lives.

The first description of a toothbrush in a form somewhat similar to what we are familiar with, was invented in China around at the end of the fifteen century. It is said to be illustrated in a woodcut in a Chinese encyclopedia of 1609. The toothbrush came into widespread use only after the turn of the twentieth century – with electric toothbrushes making their presence in the 1960’s.

Since that time, there has been several innovations in the design of electric toothbrushes which fall into the categories of reciprocating, vibrating, arcuating, elliptical, and circular. Except for the circular (rotating) toothbrushes, the others tend to jiggle and wag against both tooth structures and soft tissues in the mouth and do not work exactly over where it is placed. Circular toothbrushes tend to run off at a tangent from where it is placed and their bristles swipe  over crevices and do not clean them by working into them.

It was felt that if a circular toothbrush were to exhibit a rotational oscillating action instead of just rotating, the brush head will not run off in a tangent from where it is placed and its bristles will work themselves into dental crevices to clean them. Also there will be less abrasion to tooth structures and less tendency to ulcerate the gums.

The idea remained as an idea in my head for many years following my doing an evaluation study on an elliptical American electric toothbrush while pursuing a postgraduate dental course in London in the 1970’s.

Two problems hampering the development of a rotational oscillating electric toothbrush were recognized.

The first problem is that when gears are mounted on top of the moving brush head and the assembly enclosed in a casing, the physical dimension of the brush head end of the electric toothbrush will become too unwieldy for clinical use.

The second problem is that when a standard “cam in slot” type of mechanism is used to convert a rotational to a rotational oscillation movement, the angular displacement of oscillation produced will not be large enough to make the cleaning action of a brush head clean effective if it were to carry bristles of recommended 10mm lengths. To remain effective, bristle lengths will have to be shortened, but short bristles cannot penetrate deeply into the spaces between teeth where decay and gum problems usually start.

The second breakthrough came when research and experimentations on a novel gearing mechanism proved successful in producing angular displacements of oscillations significantly larger than and beyond what can be produced by the standard “cam in slot” mechanism (please see technical footnote).

A working prototype of the proposed new electric toothbrush was made and an application for grant of patent was submitted to the British Patent Office. The application was successful and subsequently an American patent was also awarded.

To make the story short, design and development of the production electric toothbrush was undertaken with the then Singapore Institute of Standards and Industrial Research with some seed funding from the Singapore Economic Development Board.

The working production prototype was completed just in time for submission to the industrial design competition organized by the Singapore Ministry of Trade and Industry in 1992 and the new electric toothbrush was awarded the Singapore Design Award for that year.

The new electric toothbrush, proudly bearing the “Made in Singapore” label was first test marketed in New Zealand. After obtaining favorable results from three independent studies in various Universities, the product obtained approval rating from the Food and Drug Administration of the USA, and market penetration was attempted in California. Naturally, the product was also marketed (with a fair amount of success) at home in Singapore as well as in Thailand and Hong Kong and Malaysia.

Unfortunately, due to relatively high production costs, lack of branding impact, and inadequate experience in management and marketing, the whole venture had to be sold to a local healthcare company with international outlets. As oral healthcare was not the core business of that company, the line was dropped after some time and the little adventure in innovation and entrepreneurship came to an end.

To those who might want to embark on the journey of innovation and entrepreneurship, the following information might be helpful:

The importance of research and innovations in the economy of Singapore is given voice by Ass. Prof. S. Thangavelu of the National University of Singapore’s Economic Department:

“We need a national innovation system that encompasses research institutes, local companies and government agencies to pursue a key and integrated innovation strategy at the national level.”

Presently, Singaporeans seem to be doing quite well in innovation and entrepreneurship. Amongst many other  prominent innovators is a leading Singapore inventor, Mr. Nelson Cheng Kit Yew who has important inventions in the composition and manufacture of biodiesel lubricants as well as inventions in corrosion inhibitors. Another example is Mr. David Quek who has come up with his TactSlider Tornado mini joystick which provides a tactile dimension to games played on touchscreen devices such as smartphones and tablets.

It is noteworthy that a National Research Foundation, which is a unit of the Prime Minister’s office, has been set up to oversee the national direction of Research and Development in Singapore.

In Singapore, R and D patents have increased from 653 to 855 in 2011 which is a 31% increase in a year. This rise coincides with the record $7.4 billion Singapore had pumped into the R and D sector in the same year. 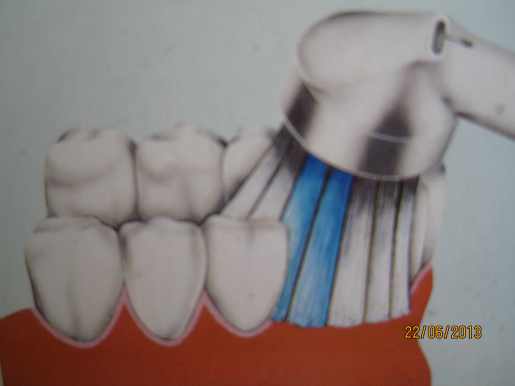 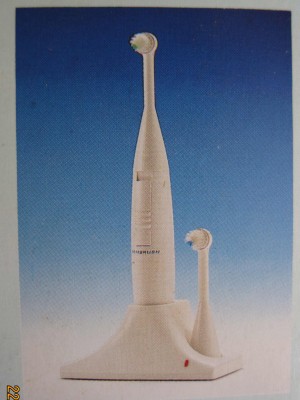 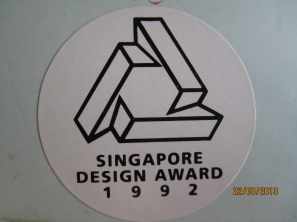 The writer is a former senior lecturer in the Faculty of Dentistry at the University of Singapore, and is currently in private practice.

6 thoughts on “The Made in Singapore Toothbrush: An Adventure in Innovation and Entrepreneurship”