An article by guest writer Justin Tong. Refer to “About the Writer” at the end of the post. I recently did a double take when I heard that Asia’s two-time grand slam singles champion, Li Na, the world number 5 female tennis player, announced her retirement from the sport on 19 September 2014 due to chronic knee injuries. I knew she was recovering from knee surgery since Wimbledon this year but to retire at the tender age of 32 having achieved so much in the past few years and on the eve of the inaugural Wuhan tennis tournament in her home town came as a surprise. I was really looking forward to watching Li Na play in Singapore next month at the WTA Finals (with the rest of the world’s top 8 players) as it has been over 8 years since I first watched her play in person (at Wimbledon in 2006).  Whilst I wish Li Na a speedy recovery and the best as she embarks on the next phase of her life (she has stated in the past that she wants to settle down with her husband, Jiang Shan, and start a family before she gets too old), I will miss Li Na’s brand of swashbuckling tennis, the rollercoaster of emotions that is de rigueur when watching Li Na play (a mix of sheer admiration at her coruscating ground strokes, her speed and ability to out-slug the likes of Maria Sharapova and Petra Kvitova on her day, and the dread you experience when rooting for her and her game suddenly unravels and she snatches defeat from the jaws of victory) and last but not least, her wickedly funny off-court anecdotes. This article is a brief tribute to an amazing tennis player whose fiery personality, determination and fighting spirit made her a trailblazer of Chinese tennis, an inspiration to millions of people across the world and made me believe that I can play better tennis! Personal Life and Early Years Born in Wuhan, Hebei Province in February 1982, Li Na first started playing badminton at the age of 4 (her father was a professional badminton player) before switching to tennis at 8.  Her father supported her foray into tennis and together they dreamed that she would win the China National Games.  Whist playing in a junior tournament in Shenzhen when she was 14 years old, Li Na’s father passed away and she was not told until after the tournament. Her family struggled with debt as she continued to play and train under the Chinese system. Li Na demonstrated tremendous potential at a young age, joined China’s National Tennis Team in 1997 and turned professional in 1999.  Together with the likes of Yan Zi, Sun Tian Tian and Li Ting, Li Na represented a new generation of top female Chinese tennis players nurtured from China’s state-run coaching system which is infamous for its unforgiving and unrelenting teaching methods where young tennis players were “hot-housed” and constantly rebuked for not trying hard enough and were compelled to strive for excellence out of fear of being axed from the system. In her 2013 autobiography “Li Na: My Life”, she described her love-hate relationship for tennis during her earlier years. She attributed her lack of confidence and mental strength to deal with high-pressure moments during tennis matches due to the negative reinforcement she received from China’s coaching system.  She is scathingly honest about her mid-match chokes and has complex feelings about the sport. She played tennis as a child not because she enjoyed it but because she was expected to.

She recalls “I felt sad because every day I had to wake up early to practice before going to school…After school I had to go back to tennis again, and then after tennis I had homework. I didn’t have time to play.” The strain of playing within the rigid state-run system which sought to restrict her actions on and off the tennis court whilst taking 65% of her winnings eventually became too much and Li Na retired from tennis in 2002 at age 20 to pursue a part-time journalism degree at the Huazhong University of Science and Technology.   After a 2 year hiatus, she returned to competitive tennis in 2004 and made the steady climb to tennis greatness. She benefitted from China’s new and experimental policy after the 2008 Beijing Olympics of allowing top Chinese sport stars to leave the national team, choose their own coaches, support staff, tournaments to play in and to retain most of the prize money (12% of their earnings still had to be given to the State). Li Na’s fiery temperament, outspoken nature and the culmination of events which were viewed by the Chinese media as controversial and too liberal such as dating while training, getting a tattoo of a rose and a heart on her chest, leaving the Chinese Tennis Association, publicly showing off and explaining why she got her tattoo (which represents her love for her husband, Jiang Shan), telling noisy Chinese fans to “shut up” while she competed, proposing to her husband in 2005 on Valentine’s Day, getting married while training under her husband and coach, failing to publicly thank her country sufficiently for nurturing her success etc. Having tasted greater success and becoming a top 10 player for the first time in 2010, Li Na made progressive strides at the Grand Slams. She made it to the semi-finals and the finals of the Australian Open in 2010 and 2011 respectively. She made history by becoming the first Asian tennis player to win a Grand Slam singles title at Roland Garros in 2011 where she beat defending champion Francesca Schiavone 6-4 7-6 (7-0).  Watched by over 330 million households on China State television, Li Na became a national hero and global superstar. After winning her first Grand Slam at Roland Garros at the age of 29, Li Na’s career went into a tailspin as she struggled to cope with her international stardom and media attention and crashed out unceremoniously in the first rounds of various WTA events thereafter. She parted ways with her coach, Michael Mortensen, and reappointed her husband as her interim coach. Li Na made the masterstroke in hiring Carlos Rodriguez, Justine Henin’s former coach, in 2012 as her coach (whilst demoting her husband to errand boy). He is known for toughening her mental game and brought out her very best on the tennis court. Under his tutelage, Li Na won this year’s Australian Open by beating Dominka Cibulkova 7-6, 6-0 in the finals. Key Achievements Li Na has accomplished many incredible feats since turning professional in 1999.  Some interesting career facts and figures include: 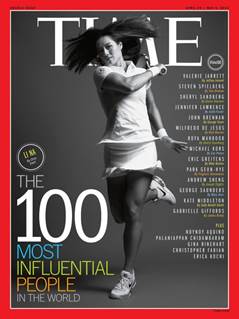 My most memorable Li Na tennis match was the 2013 Australian Open final against Victoria Azarenka.  Having won the first set 6-4 and looking to be in control of the match, she fell twice twisting her left ankle in the second and third set. On the second tumble, she fell awkwardly to the ground and bounced her head on the court and required an on-court concussion test before she could continue. Whilst she lost the final 6-4, 4-6, 3-6, Li Na demonstrated indomitable fighting spirit and good humor to continue to go toe to toe with her opponent despite her injuries and this experience fortified her and helped fuel her desire to come back this year to win the title with aplomb. Li Na’s Anecdotes Li Na’s hilarious jokes and earnest on-court interviews has made her one of tennis’ most loved personalities. Whilst English is not her first language, she has made it a point to improve her public speaking and this has endeared her win the global media and fans alike. I have found a few of these gems, many of which are at her patient and good-humuored husband’s expense:

Conclusion Li Na’s success story is truly inspiring and compelling. Not only is she a great tennis player, she has been, and will continue to be, a brilliant role model advocating the importance of being true to yourself, persevering in the face of adversity and having the desire to constantly improve. Whilst I will miss Li Na at this year’s WTA finals, I will always have fond memories of Asia’s greatest tennis player. About the writer Justin is a corporate lawyer and has spent a number years living and working in the UK, Hong Kong and Singapore. During his free time, he enjoys tennis, reading and catching up with friends.