How About a Sculpture City Too?

Singapore’s reputation as a garden city and an exciting vacation destination is being eroded by rising competitors in the region which are better endowed with tourist attractions. While the decline in visitor arrivals is disturbing, it can and must come up with creative visions to enlarge its tourist pie, or face the decimation of its tourism sector with adverse impact on the nation’s economy.

What Singapore needs most is to induce tourists to stay longer and to lure more returned visitors, both foreign and domestic, back to its places of interest. Hence, it must create more new niche attractions and invest smartly to reinvigorate existing ones in order to stay ahead of competition. Our Government and the tourism sector are now actively devising new schemes to inject more vibrancy and innovations into making Singapore a preferred holiday destination of choice for tourists.

Whether the cumulative effect of these projects will revive Singapore’s tourism fortune, only time will tell. If they succeed, it should be a more colourful and happening city to live, work and visit. I am confident that Singapore’s forward planning capability will bear fruits in due course.

I would venture forth several suggestions in the hope that they might improve its cityscape, quality of life and tourism appeal.

First, a relatively less expensive way to promote Singapore as a refined city is to install large bronze or stone sculptures of international standing in prominent places frequented by the public. These sculptures must have interesting themes and showcase the best works of both Singaporean and other Asian sculptors so that its citizenry and tourists alike can appreciate them. An international competition should be held to select the exhibits presided by renowned art experts.

These sculptures will complement those sculptures already in the vicinity of Raffles Place, Marina City Park, Fort Canning Park and elsewhere and will gradually transform the Republic into a city of sculptures.

In my view, a good role model for Singapore to follow is the delightful Mexican resort town of Puerto Vallarta’s Malecon, which has a kilometer-long promenade that runs the length of its downtown area alongside its famed Banderas Bay on the Pacific coast. So far a dozen large bronze sculptures of outstanding quality, with fascinating human interest themes, are spread out along the Malecon esplanade with more to follow. They have magically turned the promenade into a vibrant outdoor art gallery to feast the eyes of the onlookers. 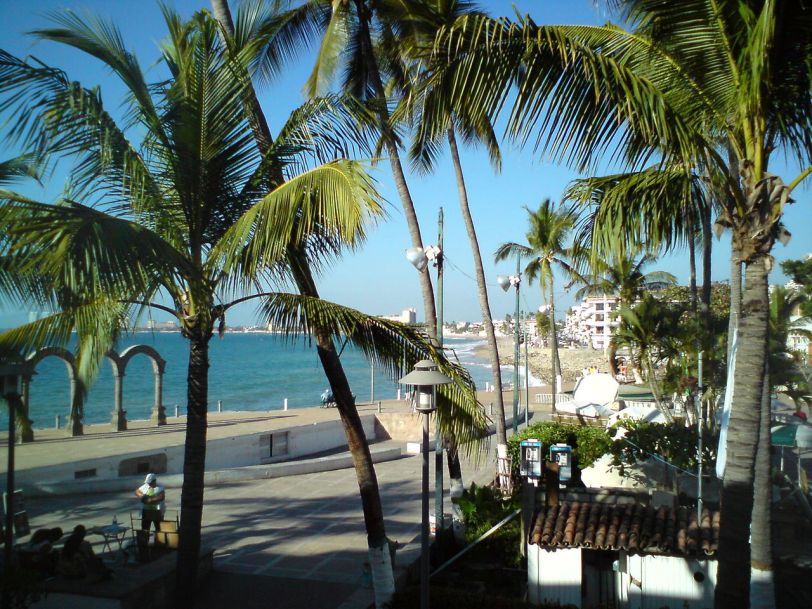 On my recent trip there, I saw large groups of tourists and locals admiring these masterpieces, taking photographs, touching them or scampering all over them with joyous abandon. Thompson, an American resident there, remarked: “This is the real Puerto Vallarta. You have to come to the Malecon if you want to see life and colour and exuberance that make Mexico so special. There aren’t many places in the world that have this kind of outdoor gallery”. 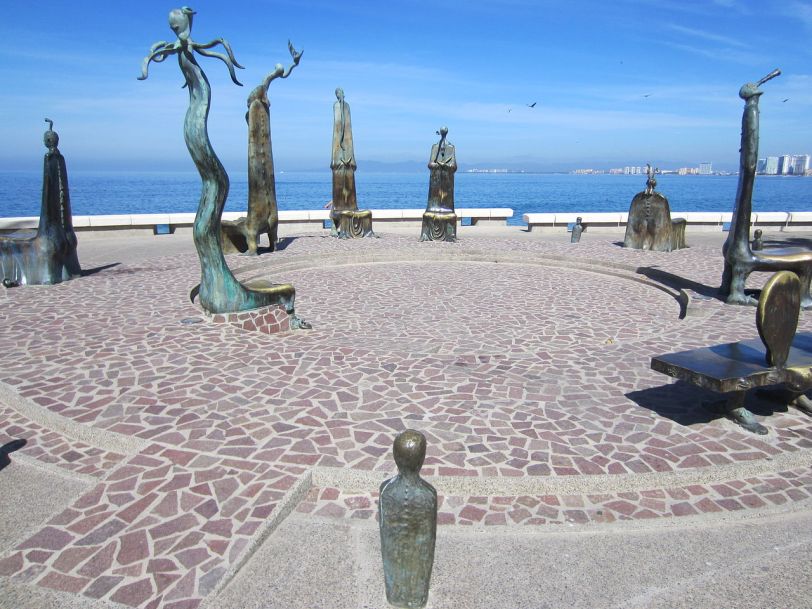 In my view, a perfect location to site a similar outdoor sculpture gallery here is along the Esplanade, which, like the Malecon, also has an extended promenade that starts near the Esplanade Theatre complex, fondly called “The Durians” by the locals, to beyond the Sheares Bridge, with possible logical extension of it to the Kallang Basin promenade later. This will certainly augment Government’s master plan to add more colour and charm to the Marina Bay area.

I don’t foresee any serious funding problems for this scheme. There are scores of local and multinational corporations here who are active patrons of the arts and many would be glad to sponsor these high profile art objects as a worthy community service. If this materialises, the present landscaping there must be improved creatively, to be in harmony with these sculptures and to afford an unobstructed view of them. I am confident that the Urban Renewal Authority, in conjunction with the National Parks Board, will do a splendid job of it.

To further inject more colour and vibrancy into the currently rather quiet Esplanade, quality art, craft and antique fairs can be held there on weekends and public holidays from the late afternoon to late at night to beat the oppressive heat. The standard of the outdoor performances at the amphitheatre there should  also be enhanced, with a more balanced mix of Asian and Western programmes, instead of being overwhelmingly dominated by the latter. This will bring in more spectators not comfortable with Western culture. 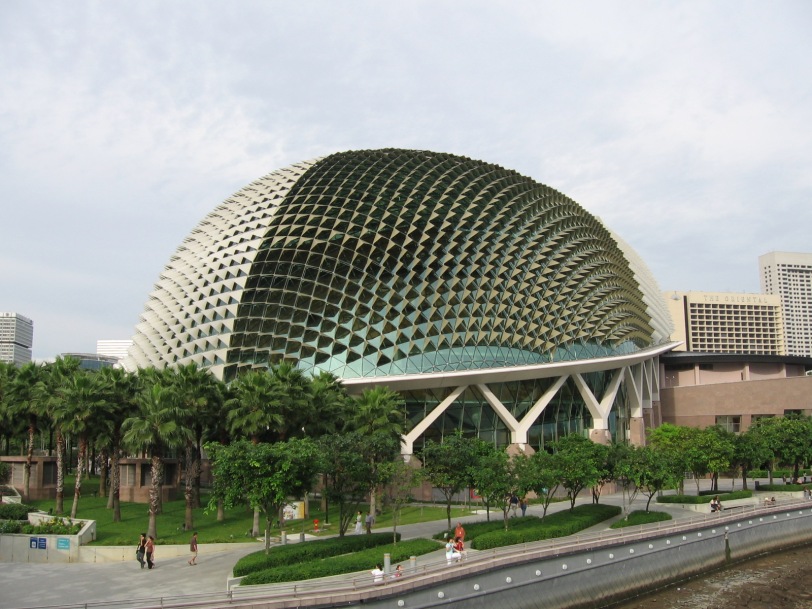 A History Walk along a suitable stretch of the promenade, with aesthetically designed panels depicting Singapore’s post 19th century modern history and achievements, will uplift this prominent downtown landmark and will have tremendous educational value too. It will be the logical continuation of the excellent History Walk focusing on 14th to 19th century Singapore at Fort Canning Park.

If this outdoor sculpture gallery at the Esplanade and Kallang Basin is successful, it can be extended to the broad walkway behind the Asian Civilisations Museum in Empress Place, which has several important tourist amenities within close proximity of it.

Singapore’s unique architectural styles, as epitomised by its numerous Peranakan houses and black and white colonial bungalows, can be more effectively promoted as a tourist draw if the Singapore Tourist Board acquires and converts several quintessential examples of these properties into heritage museums so that visitors can gain a good insight into these rare architectural gems and cross-cultural heritage of the past era.

Finally, if the extensive prime land upon which the 19th century St. Andrew’s Cathedral stands were state land, this beautifully majestic edifice could become the focus of a popular public square in the heart of the Civic District, not unlike the commanding position the town church assumes in a typical European old town square or that accorded churches in Macao’s delightful Senado Square. 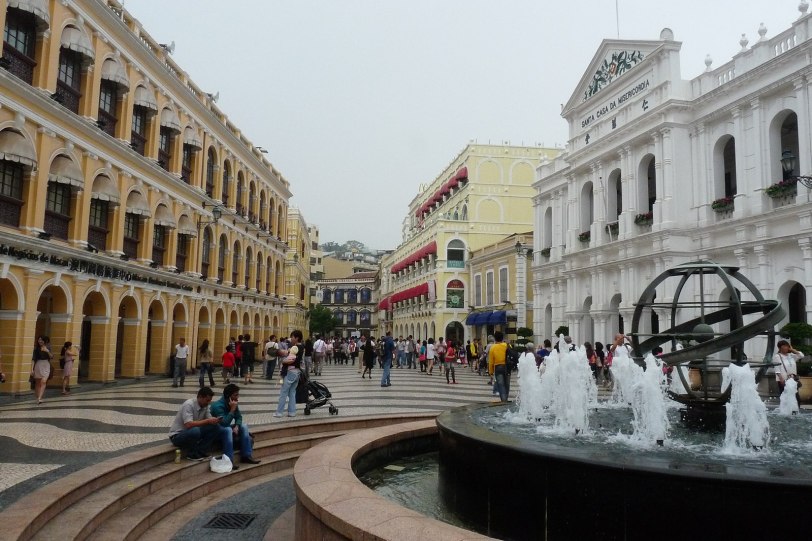 The cathedral grounds have become a paid public car park and an eye sore. To enhance its own considerable visual impact, why not, as a community service, turn it into a tranquil park sans gates and fencing, complemented by shady trees, shrubs, flowering plants, sculptures, fountains and benches, and allow the public to enjoy it leisurely, provided the religious character and atmosphere of this important house of worship is not compromised.

As in Europe and Macao, the cathedral itself can become a tourist attraction subject to necessary safeguards for its sacred objects and the observance of decorum by all visitors.

If Government and the Cathedral see the merit and feasibility of this idea, they can work out a financial subsidy for the latter to defray the initial and ongoing expenses of maintaining its private grounds as a park to benefit the community.

Published in the Opinion column of the Straits Times on 18th May 2004.

Since the edited version of the above article appeared in Singapore’s national daily the Straits Times more than fourteen years ago, many significant changes have taken place to rejuvenate and revitalise this country’s tourism scene to make it one of the favourite tourist destinations in Southeast Asia and beyond, thanks to the combined efforts of the Government, the tourism industry and the farsighted foreign investors who foresaw the growth of the highly competitive tourism industry and rapidly increasing leisure-seeking holiday makers worldwide.

Among the important tourist attractions that have sprung up are two world class casinos and family recreation complexes, the world’s first night safari, and its offshoot river safari, the pioneering highly regarded night-time Singapore Grand Prix in the city centre, the fantastic Gardens by the Bay air-conditioned indoor and outdoor complexes, complete with plants, flowers , shrubs and trees gathered from worldwide to amaze and delight the visitors, the new National Gallery with its largest collection of Southeast Asian Art collection and the exciting new attractions on the popular holiday resort of Sentosa Island. The crowning glory among them is the Botanic Gardens, which became Singapore’s first World Heritage Site awarded by UNESCO, a cultural agency of United Nations.

Consequently, the tourist arrivals in Singapore have increased from about 8 millions in 2004 to 17.4 millions in 2017, all within a span of fourteen years. With this increase, tourist spending also has risen from below 8 billion SGD in 2004 to almost 7 billion SGD  in the first three months of this year, thus contributing significantly to Singapore’s national economy. At the same time, Singapore’s Changi International Airport, in anticipation of even more tourists coming here in future, is now building its fifth and largest state of the art terminal to cope with the expected tourist boom ahead.

To top it all, among the 132 cities worldwide survey by Master Card in 2017, Singapore was placed second in the favourite tourist arrival destinations in Asia Pacific and fifth globally, a tremendous achievement for a tiny island state often referred to as “a little red dot” by a former President of Indonesia, its close neighbour and the largest country in Southeast Asia.

2 thoughts on “How About a Sculpture City Too?”