“The need for private tuition comes from the exams themselves. If there was no examination in Hong Kong, no matter what we say and claim to be, students would not come to us for help”

By general consent, parents in East Asian Countries, especially China (including Hong Kong), Japan, South Korea, Vietnam and Singapore, place more importance to their children achieving academic excellence from school-going age right up to tertiary level so as to give them a head start in life and to enhance their standing in society. Consequently, no financial and other sacrifices are too great for them to make in the best interest of their children.

As a first step, it is of utmost importance that their offsprings must get into a named school and top university. In some cases, parents would also dictate to their offsprings that they should take up the more esteemed professions without considering their own preferences. This contrasts quite distinctly from Western parents who tend to be more liberal-minded, less demanding on their offsprings’ academic performance and give them more freedom to plan their own career paths according to their inclinations and abilities.

What factors have led to this higher Asian parental expectations that have contributed to the rapid rise of private tutoring in the countries mentioned above? They have, for a long time now, been greatly influenced by traditional Chinese cultural heritage, which has been dominated by the ancient teachings of sage Confucius, who lived more than 2500 years ago, that a sound classical education and proper character formation are the conditions precedent to becoming a scholar and a well-respected upright gentleman to be admired by others. Thus, Confucian scholars had, traditionally, always been placed at the top rank of China’s social structure. This exhortation of a good education for the young has been firmly entrenched in these countries which have embraced the tenets of Confucianism and Chinese language and culture as their own, thus providing East Asia  with a common shared cultural heritage.

A second contributory factor is the significant rise of the standard of living and purchasing power in these countries so that an average middle-income household can now afford to give their children the costly private tuition in small groups from these commercial tuition establishments, while the richer families have the unfair advantage of giving them the more expensive one-on-one coaching. Indeed, some of these Asian countries have now reached a degree of economic affluence that have exceeded a number of the economically advanced Western nations.

Another factor that has greatly helped the growth of their private tuition sectors is the highly demanding education systems in these countries which many students are not able to cope without private tutoring and not enough effective remedial attention has been given to them by their school systems. At the other extreme, even the brighter ones are now turning to private tuition in order to be among the best within their own brighter cohort.

I would now like to give my viewers a brief round up on the growing importance that private tuition has become in helping students to perform better in schools in several of these East Asian countries.

To begin with, lets take China as an example. Before the 1990s, private tutoring did not exist under a more austere and strict socialist regime. But when it embraced economic reform and open-market policy, its economy started to grow exponentially, and the income level of the people has shot up year after year. Thus, the private tuition industry began to spring up in the cities to cater to the needs of students if the parents could afford to pay the fees charged for small group tutoring. 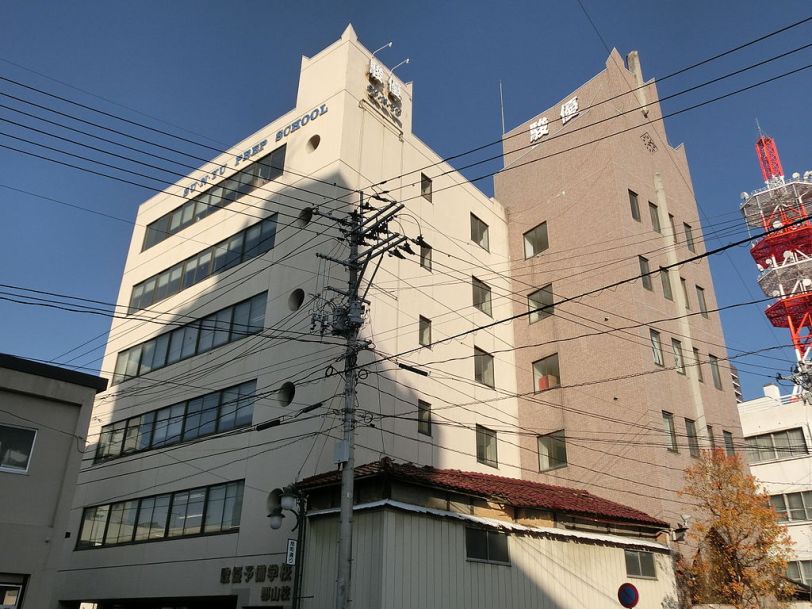 From then on, private tuition centres have mushroomed up in all its cities and the successful ones have become highly profitable and inspiring its continuing expansion, especially in preparing students for entries into good schools and renowned universities (known as Gaokao) where the admission criteria are most stringent and competition for limited university places is razor-sharp. Currently, one of the most successful private tuition schools has a total student enrolment of more than 2.5 million in different cities and employs around 18,000 tutors in all. In addition, its online business caters to 8 million students. More personalised one-on-one coaching is also enjoying a boom time, with so many affluent parents in its cities. With a 1.3 billion population in China now, the private tuition industry’s future expansion seems secured, barring unforeseen circumstances.

In China’s tiny offshoot Hong Kong, commercial tutoring  has developed into a high-profile industry where the most successful of  the tutors call themselves “Tutor King” and “Tutor Queen” unabashedly! They frequently appear on television shows and newspapers advertisements, attired in luxurious branded clothes with accessories to match as an effective way to puff their own wares to help the less bright students to improve their school performance. They certainly have most enviable earnings of millions of HK dollars per year to back up their aggressive commercial selling.

According to reliable newspapers sources, more than 80 per cent of school students in Hong Kong now take up private tuition so as to increase their prospects of entering a good high school and ultimately a leading university locally or overseas.

To sum it up, both China and Hong Kong’s thriving private tuition industries owe their tremendous success to the highly stressful examination systems and the unrelenting pressure inflicted upon the young not to let their parents down by excelling in these exams which will help them secure a brighter future in their adult life.

Incidentally, private tutoring has now spread its tentacles to several Western countries, such as the United States, United Kingdom and Australia, where there are large numbers of Chinese people migrating there in the past few decades. 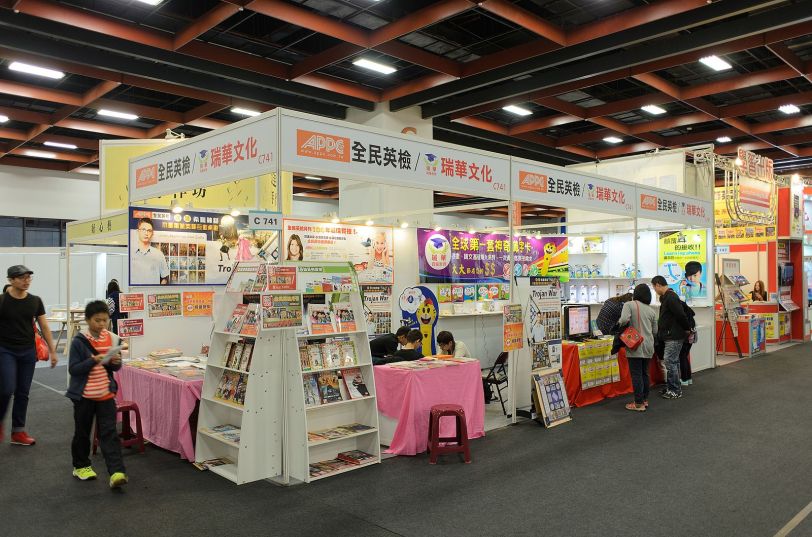 What about the private tuition industry now prevailing in both South Korea and Japan, China’s neighbours? In a nutshell, the parental anxieties and expectations for their offsprings have led to the continuing expansion of the so-called “Cram Schools”, known as Hagwon in South Korea and Juku in Japan, which prepare the students for admissions into elite schools and later renowned universities. Admissions to these are so competitive that only the brightest can get in.

It is quite common for students to spend multiple hours to attend these cram schools classes, after a tiring day in their own regular schools. The exam panic has continued to favour the need for such tuition in smaller group teaching compared with the average of 40 in their own schools. Needless to say, the financial burden for their parents is substantial as private tuition is very costly, not to mention the potential adverse impact on the students’ physical health and mental well-being. Currently, more than 90% of South Korean and Japanese students are enrolled in these cram schools.

Both the South Korean and Japanese governments are fully aware and concerned regarding the above cited problems and had, through legislative measures and through urging the schools to improve their teaching standards as well as appealing to parents for their co-operation as ways to combat excessive private tuition needs, but without visible success. On the contrary, as it is a high income profession and the elite tutors have become millionaires through sustained hard work and sweat, private tuition industry’s continuing growth seems assured.

Finally, I will conclude my article by turning to the tuition scene in my native Singapore, 5 years after my previous post entitled “Singapore students are over burdened with excessive private tuition” (see my post of August 2012).

Comparing with then, the number of school children who need private tuition has shot up from 50% to close to 70% now, still some way behind that of the other countries cited above. Private tutoring is a high income profession here and the most successful among these tutors are now earning in excess of one million SGD a year and are calling themselves “Super Tutors” in order to boost their standing. Such lucrative earning power has induced some junior university dons with Ph.D degrees to quit their university jobs to switch to private tutoring with substantially higher monthly incomes. School subjects that most required private tuition augmentation are, English, Chinese, Sciences and mathematics. By 2014, Singapore’s private tuition industry had reached $1.1 billion SGD per annum, coming from both private tuition centres and individual private tutors, compared with $640 million in 2004. One-on-one coaching can cost between SGD $100 and $150 per hour, depending on the eminence of the tutor. While Singaporean and Permanent Resident students constitute the vast majority of  the intake, a good percentage of the other students are from foreign countries in Asia.

The lucrativeness of private tutoring has inspired more and more educators, including the retired ones, to enter this industry leading to an over-supply situation in a period of  slowing economic growth in Singapore. Consequently, many of the less competitive tuition centres had to significantly reduce their teaching staff in order to cut operating  costs so as to survive in this unfavourable environment and others were even forced to cease their business due to lack of adequate student intake. This is despite their aggressive advertising in the media or by distributing  posters and fliers in crowded public places.

On the positive side, private tuition has helped East Asian students to top international academic rankings repeatedly, especially in mathematics and sciences. As an example, Singapore was placed first in the above two subjects by a highly reputable international academic ranking institution in 2016, followed by South Korea, Japan, Hong Kong and China. Another tribute to Singapore’s school system is that its innovative teaching method and text books on mathematics are increasingly being adopted by schools in the US and UK.

From the above brief survey, my conclusion, right or wrong, is that private tuition growth is largely fuelled by three main contributory factors. First, the highly demanding education systems which are overly exam results oriented and which create too much physical and mental pressures for students to do well from primary school to pre-university level as a way forward. Secondly, this, in turn, leads to parental anxieties to urge their offsprings to excel in their school work in order to prepare them to get into the renowned universities ultimately, sometimes at the expense of their physical and mental well-being. Finally, private tuition has become so widespread in these East Asian countries because the potential employers still largely judge the job seekers on their paper qualifications and the tertiary institutions where they obtained them.

The last words on the above debate are from a “Tutor king” in Hong Kong, according to BBC News, who asserted that: “The need for private tuition comes from the exams themselves. If there was no examination in Hong Kong, no matter what we say and claim to be, students would not come to us for help.”