This article was first published in the bilingual page of Singapore’s national daily Lianhe Zaobao on 21 July 1998.

As someone interested in Chinese culture, I have gained a useful insight into its current state of development and future prospects after attending the recent “Towards the next century – a cultural dialogue” organised by the Lianhe Zaobao, Singapore’s leading national Chinese daily newspaper.

I agree with the speaker professor Yu Qiuyu, a famed Chinese author and current affairs commentator, that it is easier for China to become an economic power than regaining its cultural primacy, which it commanded during the golden age of Tang Dynasty (AD 618-907) when it was the most  advanced and civilised country in the world.

During that period, the Chinese language, culture and the distinctive creed of Confucianism were successfully transplanted in Korea, Japan and Vietnam, providing East Asia with a common cultural heritage. He emphasised that for a renaissance of culture to occur, a cultural bridge must first be built for a two-way communication with the outside world. Only through this process can it scale a new peak. However, Prof Yu lamented that the Chinese civilisation had failed to make a significant world impact in the past few centuries.

The Influence of Soft Power

In a speech delivered at the 21st Century Forum in Beijing in 1996, Singapore’s Senior Minister Lee Kuan Yew said: “In a world of nuclear deterrence, the usefulness of force is limited. Soft power, the influence of culture, especially through television, films and the intangibles of a more technically advanced civilisation, becomes as important as hard power in international affairs. Soft power is achieved only when other nations admire and want to emulate aspects of that nation’s civilisation.”

America has that cultural influence, he pointed out. It is a well-known fact that, unlike other countries, the traditional Chinese culture had evolved and developed on its own steam, largely uninfluenced by other cultures.

When the European missionaries first introduced the Western culture to the Chinese during the 16th and 17th centuries, the latter were unimpressed with their new-found innovations. On the other hand, the Westerners, from Marco Polo right down to the 18th century, were mesmerised by the unsurpassed Chinese standards of elegance. They also eulogised some of its political and cultural institutions.

Their importations of Chinese luxury goods, such as silk, porcelain and tea, had enriched their life immeasurably. Two aspects of Chinese cultural heritage have achieved worldwide interest and admiration down to present time: art and Confucianism. 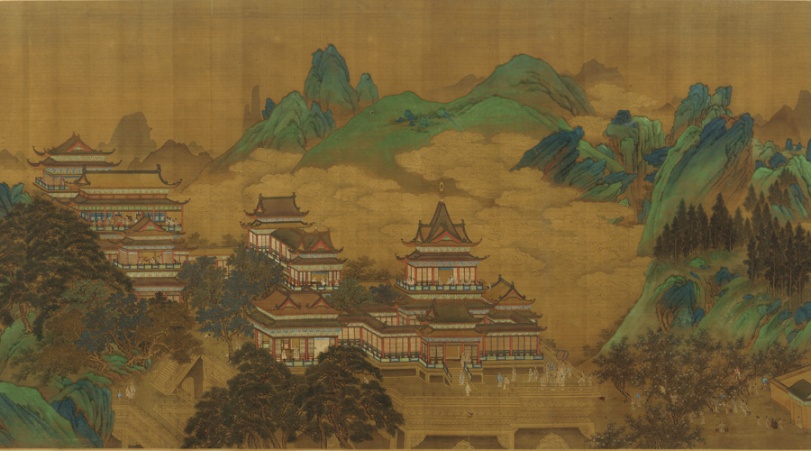 The Western perception of China changed drastically in the 19th century. They began to see its weaknesses and the less edifying aspects of its civilisation, after they had entrenched themselves there through military aggression and coercion.

There is a direct correlation between a nation’s cultural soft power and the state of its political and economic fortunes. Great Britain provides a classic example.

It is doubtful that the literary genius of William Shakespeare would have been so admired by the English-educated Singaporeans and other Asians if Britain had not been a leading colonial power and the bard’s works were not made compulsory school exam subjects.

With Britain’s decline after WW II, the world leadership passes to the Americans who inherited from the British, and built upon, the all-pervasive soft power of the English language. 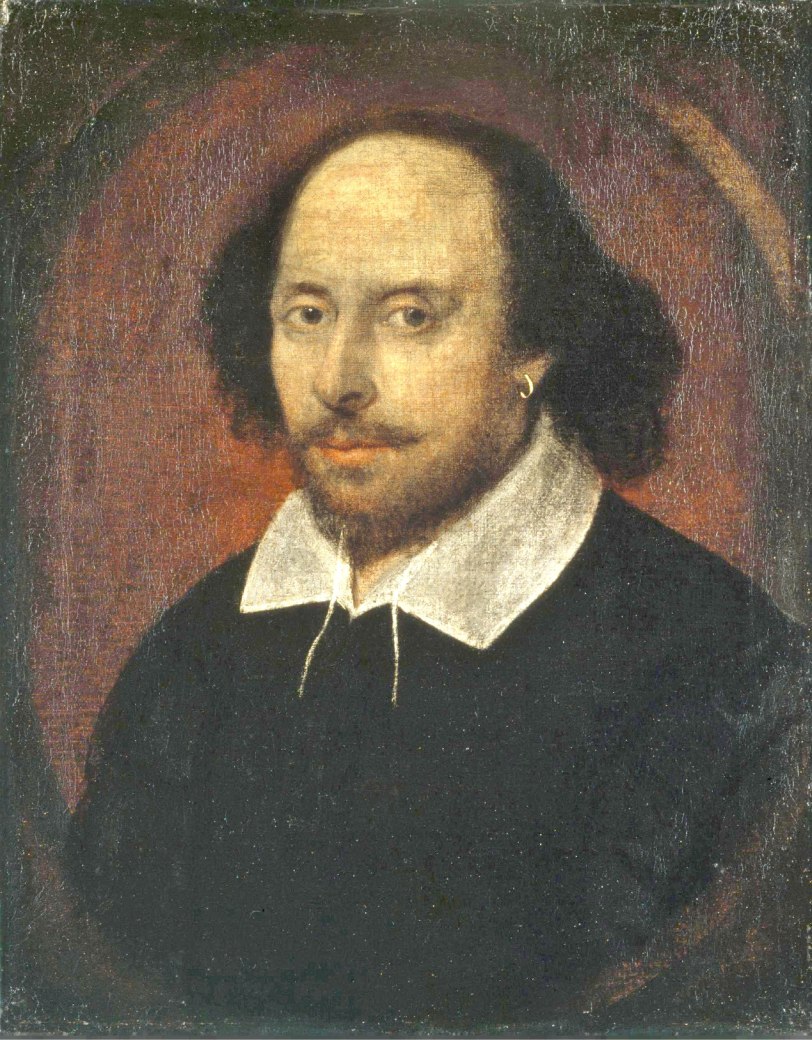 It is a truism that one can best imbibe and appreciate a country’s culture and civilisation  if one is familiar with its language and customs. In this respect, both Britain and United states have an undue advantage over China as English is an international medium of communication. Moreover, they also have a powerful and effective print, broadcasting and electronic media, which are potent tools to help disseminate their culture. The transmission  of Chinese culture is made more difficult because Chinese language is harder to learn and master except for the stout-hearted. Another problem is that its richness and subtlety is often lost or diluted when translated into other languages, even when undertaken by skilled hands.

The Western nations, in particular, have always regarded the Chinese culture as a curiosity and an exotica, as it is so totally different from theirs. Be that as it may, the Chinese literature did, occasionally, capture the imagination of the Western readers and revealed to them the Chinese soul. Two cases in point are Luxun’s story of Ah Q and Laoshe’s Rickshaw Boy, both of which were translated into many foreign languages and were well-received.

Since the 1970s, China has had more cultural exchanges with the outside world than at any other time during its long history. Tens of thousands of its students are now enrolled in universities all over the world and many of them have excelled themselves academically. The creme de la creme of the Chinese literary and artistic community regularly attend cultural gatherings at home and abroad with active international participation.

For a country with a long literary and artistic tradition, and a population of 1.2 billion, there is a reservoir of promising young talents in China who can be torch bearers to propel it to greater literary and artistic heights. What is needed is a change in cultural mindset and horizon and a fine balance between the more enduring spiritual values and materialistic enrichment. An evidently more enlightened political and social environment should also help.

For China to acquire cultural soft power, the road ahead will be long and difficult. Much will need to be done by prof Yu and other Chinese intellectuals to lay a strong foundation for the eventual completion of this cultural bridge which will pave the way for it to achieve a new golden era.

One thing seems certain. As the Chinese economy continues to expand further, more and more foreigners will see the palpable benefits of being conversant with its language and culture if not for its intrinsic value, at least for its economic advantages.

Whether China will regain its previous world cultural prominence and soft power, only time will tell. On my part, I remain optimistic that this will come about sooner rather than later. 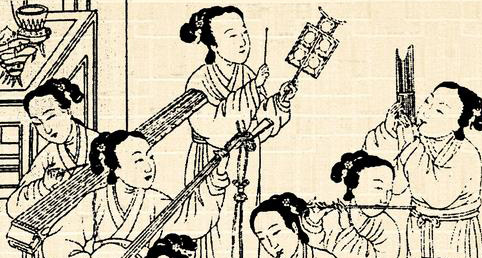 Since 1998, the Chinese economy has been growing at a double-digit breakneck rate but has begun to slow down in the past few years due to a weakened world economy. Despite China’s slower growth, it is still the envy of  the most advanced economies like US, EU and Japan. However, this softer growth in China has adversely affected the world economy as a whole. China has now become the world’s second largest economy, after the United States, and well ahead of Japan who has dropped to number three. Its economy is expected to supersede that of United States before 2030. With Its new-found prosperity, its international prestige and influence are increasingly being felt in international affairs, especially so in Africa where admiration and gratitude for China’s very generous financial and technical aids extended to help the continent develop faster are evident for all to see.  An ever increasing number of foreign investors have been investing in China to take advantage of its enormous domestic market and rising middle income group of consumers. Likewise, Chinese investments overseas have been greatly welcome and eagerly sought by many foreign countries, both rich and poor.

One of the greatest achievements of this Chinese regime is that it has lifted more than five hundred million of its rural folks out of abject poverty and they no longer die of famine due to natural calamities like in times past. Their life expectancy has gone up significantly as they now have better medical care as well as higher income to provide themselves with better and more balanced food of higher nutritional values. Literacy rate in the much poorer countryside has also been enhanced considerably as free school education is now compulsory. Understandably, for a country of its size and population, the disparity of the household income between the urban and rural folks is even wider now than before, and this is a worrying development and the government must find an effective solution to narrow the gap before it gets worse.

China’s armed forces too have expanded significantly and this has alarmed the United States and its close ally Japan as well as some South-East Asian countries. China has repeatedly assured other nations that its armed forces are for its own defence only, and that they will not be used for aggression against other nations under any circumstances. Its currency, the Yuan, has recently been accepted by the International Monetary Fund as a main common world currency for international trade and other purposes, alongside that of  the currencies of US, EU, Britain and Japan. China is one of the largest foreign aids donors to the poorer countries worldwide. It also has the largest international reserves in the world. It is, by far, the number one creditor nation of the US.

The Chinese language has become a popular second  language of choice in the schools of many advanced countries. An increasing number of foreign students worldwide are now flocking to China and enrolled in its various tertiary institutions. Many of them have sunk their roots there as permanent residents or even taking up Chinese citizenship. Likewise, more and more Chinese students are studying in foreign countries. This is good for future international relations among them. China’s international broadcasting service in English is becoming very popular on the world scene, competing for viewership with the far more developed US and British overseas broadcasting services. Chinese movies too are now making their presence felt in prestigious international film festivals in the West and elsewhere. Chinese martial arts and health-enhancing exercises like Taichi and Qikung have many enthusiastic foreign adherents. Chinese food, of course, has long been the favourite foreign cuisine the world over and has become even more popular now.