This article appeared earlier in the January 2014 edition of Passage magazine, a publication of Friends of the Museums Singapore. By courtesy of its Editor, it is republished in this blog.

For people of Chinese descent the New Year is undoubtedly the most important of all Chinese festivals. Dating back 3,000 years, it celebrates the passing of a peaceful year and welcomes the start of a new one. In China, New Year customs and practices differ from region to region, but the common thread is the coming together of one’s family members in joy and harmony to celebrate this auspicious occasion.

The traditional reunion dinner on New Year’s Eve is de rigueur, with the extended family members gathering together for the most significant meal of the year. Even those far from home endeavour to return in time for the celebration. Some years ago, severe weather conditions in many parts of China caused anguish and frustration to millions of Chinese who couldn’t reach home in time for the New Year. This underscores the supreme importance of the family in Chinese culture, with its emphasis on family cohesion. 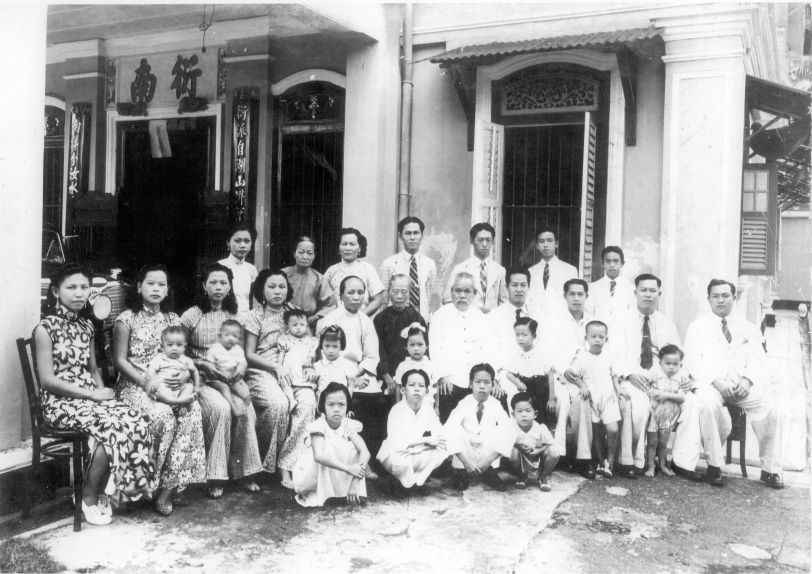 A 1940s Chinese New Year photo of Lam family members. Squatting in the forefront (first from right) is the writer

How was Chinese New Year celebrated in the 1940s, during my childhood in Singapore? I came from a close-knit, four-generation extended family. It comprised my great-grandmother, grandparents, parents, uncles and aunts, me and my siblings and our many cousins. We all lived under the same roof in a large bungalow. Two quintessential core values stand out vividly. First and foremost, I recall the elaborate multi-generation reunion dinner that was eaten leisurely at home. This was the norm in most households. The unenviable task of preparing the sumptuous feast would inevitably fall on the womenfolks, assisted by domestic helpers for those families who could afford them. Another time-honoured custom that was undertaken cheerfully and was always gladly reciprocated was visits to relatives, close friends and business associates. This was a thoughtful way of re-affirming the ties of kinship and friendship.

How do Chinese Singaporeans celebrate it nowadays? With the impact of westernisation and growing affluence in Singapore, these core values have been diluted. More and more people prefer to hold their traditional reunion dinner in posh restaurants, sometimes even before New Year’s Eve, despite the high costs incurred as well as having the meal in a hurried, crowded and noisy environment. The women in particular find this more enjoyable and convenient. Increasingly, it is common for people to go away for holidays, or stay at resorts, in order to avoid being visited by relatives and friends or having to visit them. They consider this traditional custom burdensome and an anachronism.

I sought the views of several Chinese Singaporeans of different backgrounds and age groups regarding the changing modes of celebrating the New Year. Most approved of holding the reunion dinner in a restaurant so long as its spirit was retained. However, their views were divided on whether visiting one’s elders and relatives during the New Year festival was an ingredient worthy of preservation or perhaps out of step with modern life. The more conservative among them felt very strongly that abandoning such a vital core value and going away for holidays would defeat the raison d’être of celebrating this premier Chinese festival. 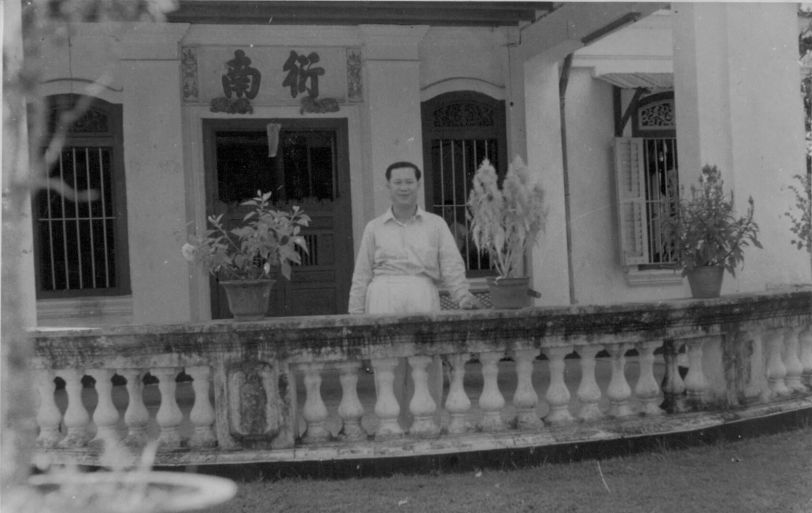 The writer’s father in the front porch of their bungalow

Will Chinese New Year traditions survive modern life? Some sceptics contend that they will gradually lose their importance and degenerate into an overly commercial festival the way Christmas has all over the world. Despite these misgivings, I believe that as long as the majority of Chinese Singaporeans consider it an essential part of their lives, which I believe they do, it will continue to flourish here, even if the modes of celebrating it may be different from the traditional ones. My optimism is buttressed by the experiences shown by the Chinese communities overseas, be it in Yokohama, Manila, London, New York, Peru and Brazil, where the spirit of Chinese New Year is still very much alive, notwithstanding entirely different social and cultural environments.

What I would like to see retained is family and kinship ties and values such as respect for one’s parents and elders. Without these, the Chinese New Year celebrations would deteriorate into a soulless commercial happening, devoid of real meaning and significance. To make it more relevant to the younger generation, it should not be merely a time of obligations fulfilled, but also an occasion for rejoicing and celebrating family ties. In the final analysis, it is the individual Chinese family that will determine whether its intrinsic and time-honoured values are worth preserving.